At the end of the year I put together our family scrapbook. It brings back lots of memories throughout not only this year but years past as well. I ran across several videos I hadn’t seen in a long time of Tigger at various stages. One was when he was beginning to walk. Another was him laughing at something. Another was him talking. It’s made me realize just how much he’s grown up. I can’t believe it. Where did my little boy go? He’s not so little anymore and I know he’ll just keep growing. It’s an interesting emotion.

Hubby also puts together a video at the end of each year. As I watched Bear’s video I’m amazed at how much he’s already grown. As slow as time seems to be going, I can’t believe how fast it’s flying by.

It’s fun to see how much we’ve accomplished and the smiles on everyone’s faces throughout the year. Hopefully, Tigger and Bear will appreciate these books later on in life. I know Tigger gets a kick out of them now. I also hope that the books we put together of Lion will help them to remember their brother.

The end of the year also brings into the forefront goals and things to work on for the next year. I’m not ready to look at this year’s list because I know there were several things that just didn’t happen. However, I look at everything that has happened and I’m pretty sure it’s an even trade.

So as you look toward 2015 keep in mind that goals change, take lots of pictures to help remember the smiles and laughter that is around, shoot high but don’t stress if you don’t quite make it, and remember to enjoy the journey. Life is good, even with the ups and downs. Merry Christmas and Happy New Year!!
Posted by Bonnie Gets A Say at 4:00 AM No comments:

Email ThisBlogThis!Share to TwitterShare to FacebookShare to Pinterest
Labels: Confessions Of A Mom, family, goals, life

This week has been an emotional week for some reason. I thought a lot about Lion and have really missed him. Sometimes while looking at Bear I would see Lion as well. There were some sweet moments though as Bear smiled at me and I imagined Lion there with us.

I’ve also had some questions of how my experience with Lion has affected my outlook and experience with Bear. It’s not something I had a really good answer to right away, but as I’ve thought about it I’ve been able to clear things up in my head.

First off, nothing can compare to my experience with Lion. It was so different, so unexpected, so precious that there’s really nothing I can compare to it to. That being said, it has really made me appreciate Bear a lot more. I’m cherishing the little things more too. The feel of a little hand on my arm or a sloppy kiss on my cheek. The beautiful smiles and laughter. The sparkling eyes. The smells. The wiggling. Everything and I am treasuring just a little bit more.

I’ve also found that my desire for kids has changed too. If you recall my very first post about not wanting kids, that’s changed. It almost scares me that Bear could possible be the end of our family.

It’s also been interesting to hear the questions that have come up from Tigger lately. I think it’s completely normal but it’s interesting. I was going to write about it this time, but I think it might be best to do a seperate post about it.

So in the meantime, Merry Christmas. Enjoy your families. Treasure the little moments.
Posted by Bonnie Gets A Say at 4:00 AM No comments:

Email ThisBlogThis!Share to TwitterShare to FacebookShare to Pinterest
Labels: Christmas, Confessions Of A Mom, family, life

I've been trying to find things throughout the week that I consider beautiful. I've been taking pictures of those things with the intent to share them here. I found several things this week thinking I've have a stock pile but as I sit to write this post, my mind is a complete blank.

This time of year always seems to be overwhelming for most people. (I think that's safe to say.) Whether it's by our own doing, (saying yes to everything rather than saying no. Trying to do too much. You know, that sort of thing) because of the loss of someone special, (the holidays always make those losses feel more accute), or the simple fact that it's a busy time of year, it has most people running around like a chicken or an elf or whatever creature you want to place here, with their head cut off.

So in light of trying to remember the real reason we celebrate this season and for trying to slow down enough to enjoy those beautiful, little moments, I'm going to share all of the photos I took this week. (I thought I took more than 2 but oh well. These are from our citrus trees in the back.)

Merry Christmas. Hang In There. Treasure the Little Things. :) 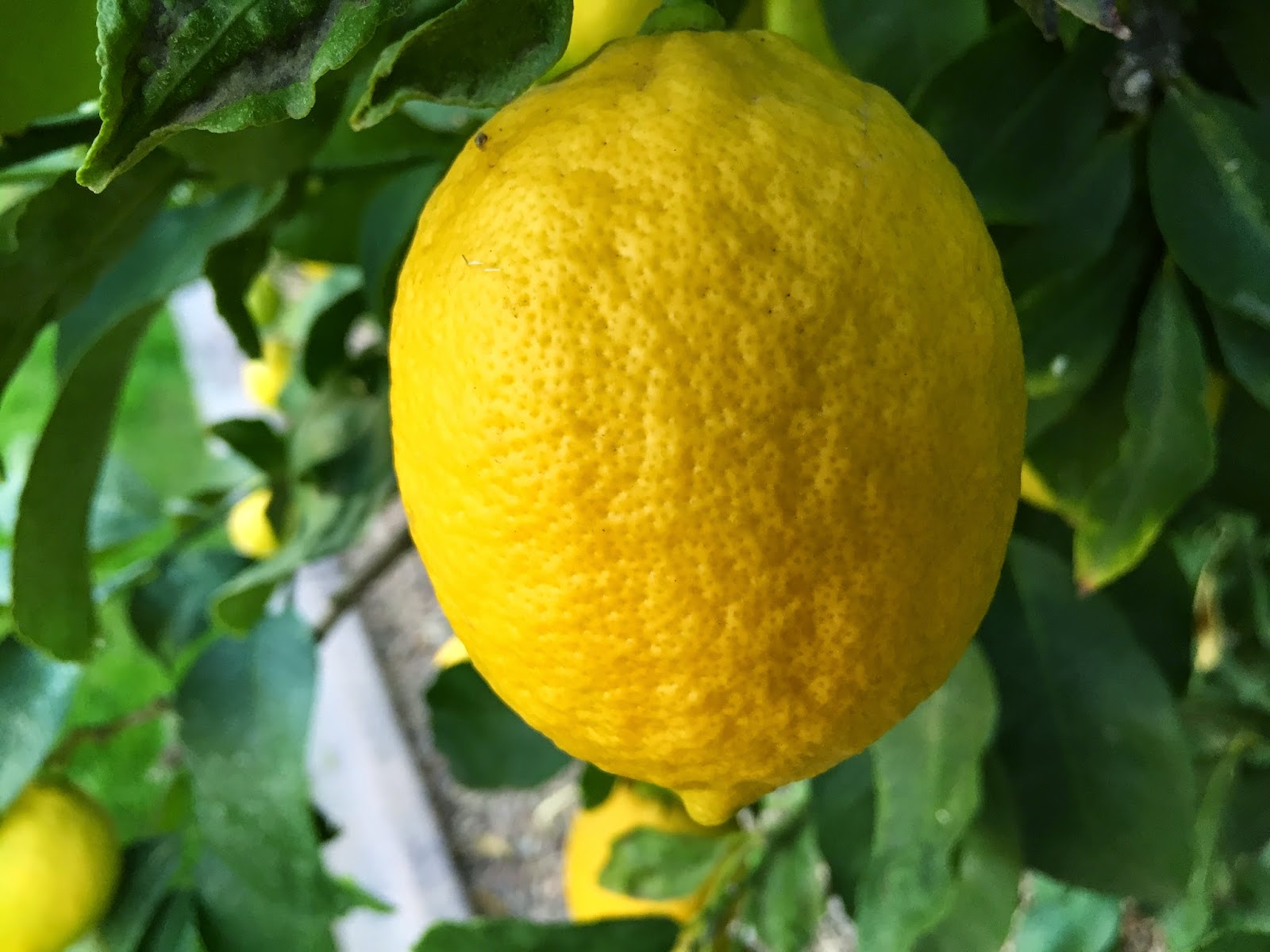 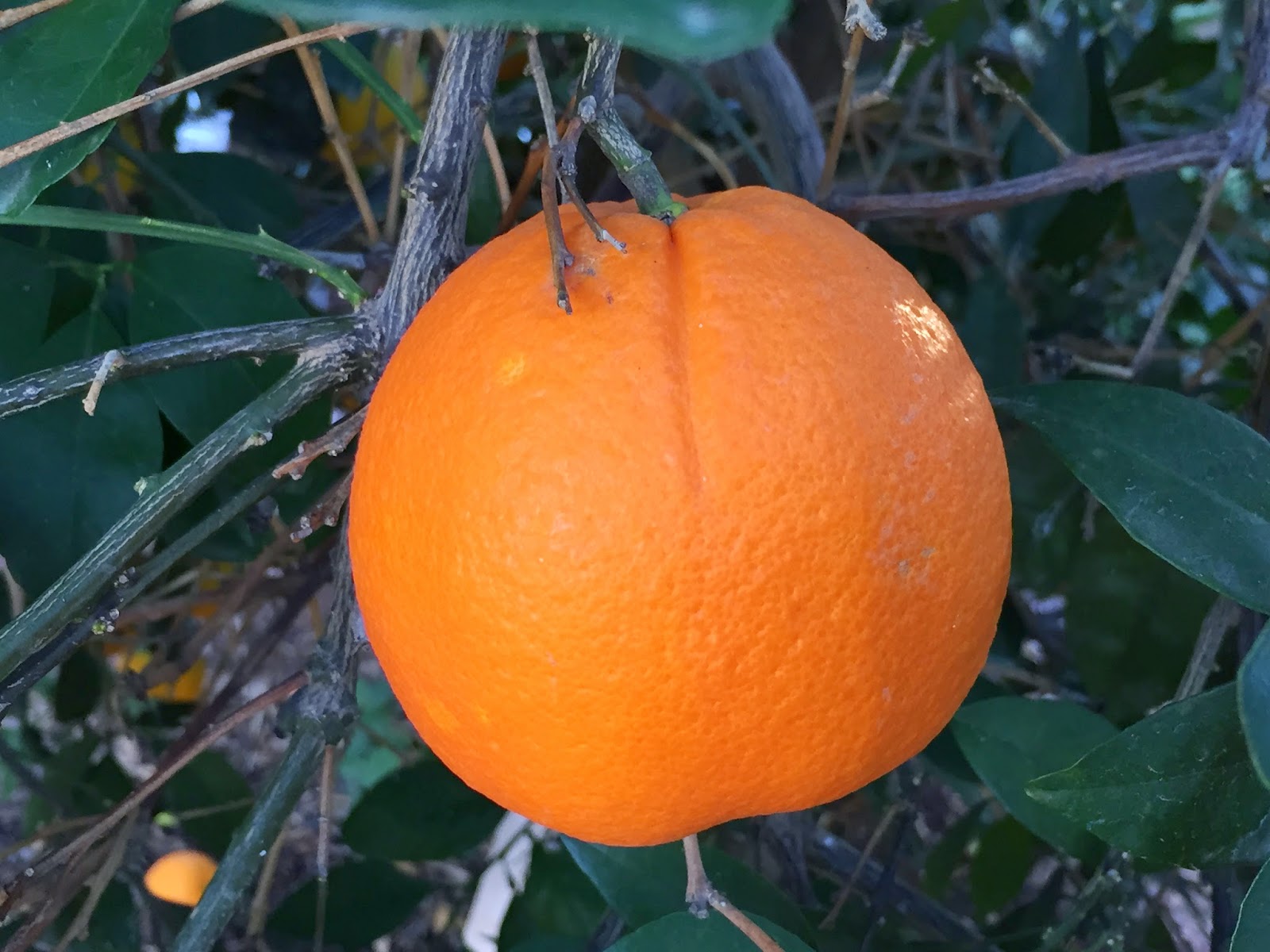 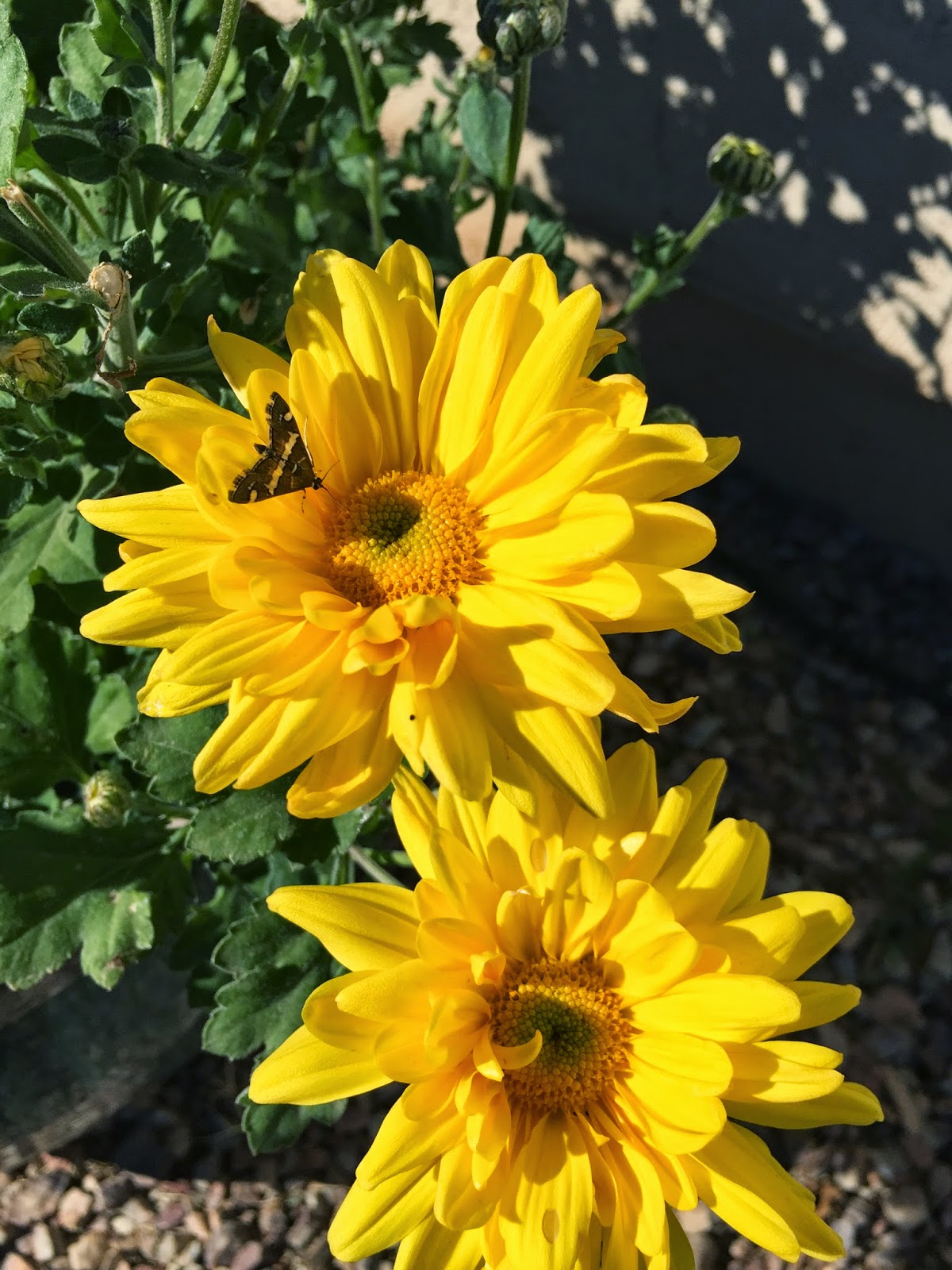 It's amazing how quickly the weekend comes these days. It's hard to believe that four years ago Tigger bounced his way into our lives. (He also decided today that he's not really four, he's still three because four is too big. Not sure I'm following the logic since he also said he could be five but he's not four.) It's hard to believe how life has changed since then too.

This week Hubby showed me an email from a gal he works with. Their baby ended up with a severe heart defect that requires surgery. They didn't know before hand and almost lost her. I had a hard time reading the email with the words a blurred from the tears in my eyes. With all the technology we have today, I'm amazed that there is still so much unknown yet at the same time I watched via FB another friend's twins who were born almost three months early fight and survive with the help of skilled doctors, nurses, and technology. The girls are now home with their parents.

I can't help but think and know that one of the reasons people aren't finding out about issues their child have in utero is because they will be given a better chance of surviving if we don't know ahead of time. I know that may not make sense on many levels but it makes sense to me.

We all have our trials. Sometimes that trial is learning how to deal with the consequences, good and bad, of a lack of knowledge. It's an interesting concept to think about, and every once in awhile I ponder what that means, especially in relation to Lion. Had we known ahead of time we wouldn't have had much time with him. Other families I know may not have been able to have their baby at home if they had known of the condition ahead of time. If we knew everything it would sure make some decisions easier, but then how would we grow?

Anyway, I'm trying hard to enjoy life at the moment. This time of year seems to have us all spread thinner than usual, and a little more stressed than usual. This topic is probably not the best thing for some to ponder when stressed but I've found it strangely comforting in knowing that things happen exactly the way they are supposed to despite our knowledge or lack there of. Just know that we aren't supposed to know sometimes, as hard as that may be, and enjoy the journey. Wishing you a very Merry and stress-free Christmas! ;)
Posted by Bonnie Gets A Say at 4:00 AM No comments: