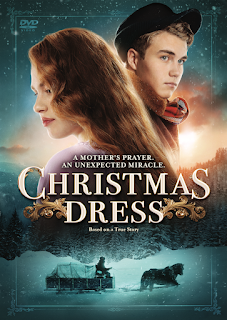 THE CHRISTMAS DRESS. This was a cute, short video that shows the power of faith and a Christmas miracle. If you need a last minute Christmas gift this would be a good addition to any video library.

It’s Christmas Eve, and Leland Jeppson’s hope is gone. Struggling to get by in their rustic homestead, he had at least wanted to give his family a special Christmas. But with a blizzard blowing in and the train bearing their gifts nowhere in sight, it seems Christmas is just one more thing they’ll have to do without. But as dusk falls, the Jeppsons’ packages unexpectedly arrive at the post office in the not-so-nearby town. Half-blind Postman George Schow is hesitant to brave the storm, but his son, Sidney, will stop at nothing to bring Christmas to the Jeppsons—and ask their daughter, Ellen, to the New Year’s Eve dance. Now it’s up to father and son to battle fierce elements in an attempt to deliver a Christmas miracle. Don’t miss this heartwarming reminder that while God helps those who help themselves, sometimes He does so through others.

CHRISTMAS GREETINGS FROM THE PRESIDENTS 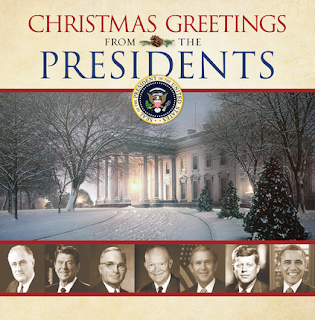 In the early days of Calvin Coolidge's presidency, a new White House tradition was born with the decorating of a "National Community Christmas Tree" in 1923. Since 1927, the annual lighting of the tree has also been accompanied by a presidential message. Those addresses, many of which are collected here, have provided an intriguing snapshot into the soul of two enduring institutions: The Christmas holiday and the American nation.
From the initial, decidedly brief messages that "Silent Cal" Coolidge presented at the end of the 1920s to those given by Franklin Delano Roosevelt in the midst of World War II as well as Ronald Reagan's message expressing solidarity with the people of Poland, which charted the beginning of the end of the Cold Car, the Presidents of the United States have marked the time through these inspiring messages of hope and goodwill.
Posted by Bonnie Gets A Say at 4:00 AM No comments: