An Alaskan cruise is the setting for amateur detective Sadie Hoffmillers latest adventure. Sadie plans to spend time relaxing with her two grown children, Breanna and Shawn, and her boyfriend, Pete, while enjoying the luxury and cuisine of an elegant cruise ship and helping to plan her daughters upcoming wedding. But even as the crew prepares to leave port, Sadie has suspicions about the voyage ahead and the relationship between her normally easygoing son and a mysterious female passenger he obviously knows but refuses to discuss. When the woman is discovered unconscious during the second night at sea, Sadies apprehension escalates. Over the last few years, Sadie has developed an extreme dislike for secrets and it would seem her son is keeping one from her. *Includes eight new mouthwatering recipes, tested and approved by the official bakers of Sadies Virtual Test Kitchen.


Praise for Baked Alaska
Josi Kilpack has done it again. You would think that all these events that occur in Sadie's life wouldn't be natural, but Josi Kilpack has a way of making you believe that it just "happens" and it is normal. I have grown to love Sadie's character, even if she is a busybody, you can't help but cheer for her as she attempts to solve a mystery or crime. One of my favorite series. :)
~Goodreads Reviewer Lacey McNeill

Josi S. Kilpack grew up hating to read until she was thirteen and her mother handed her a copy of The Witch of Blackbird Pond. From that day forward, she read everything she could get her hands on and credits her writing “education” to the many novels she has “studied” since then. She began her first novel in 1998 and hasn’t stopped since. Her seventh novel, Sheep’s Clothing, won the 2007 Whitney Award for Mystery/Suspense, and Lemon Tart, her ninth novel, was a 2009 Whitney Award Finalist. Josi was the Best in State winner in literature for 2012 and currently has two books (Banana Split and Tres Leches Cupcakes) as finalists in the 2012 Whitney awards.

Josi currently lives in Willard, Utah, with her family.

Open only to those who can legally enter, receive and use an Amazon.com Gift Code or Paypal Cash. Winning Entry will be verified prior to prize being awarded. No purchase necessary. You must be 18 or older to enter or have your parent enter for you. The winner will be chosen by rafflecopter and announced here as well as emailed and will have 48 hours to respond or a new winner will be chosen. This giveaway is in no way associated with Facebook, Twitter, Rafflecopter or any other entity unless otherwise specified. The number of eligible entries received determines the odds of winning. Giveaway was organized by Kathy from I Am A Reader, Not A Writer http://iamareader.com and sponsored by the author. VOID WHERE PROHIBITED BY LAW.

Here are some more pictures of our sweet little lion, Preston Andrus Harris. 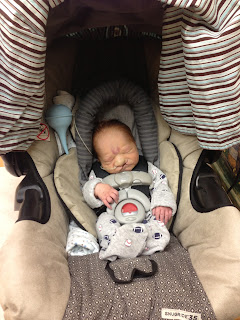 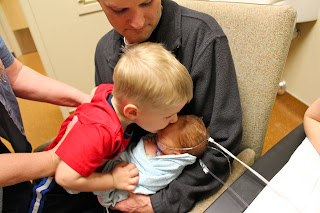 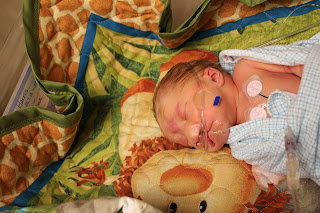 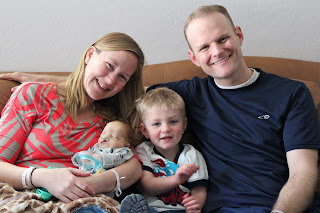 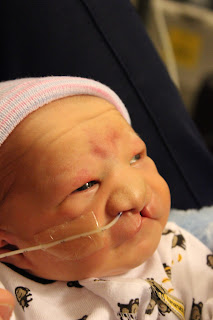 For more information about our son, please visit 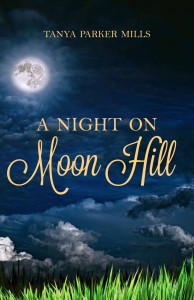 A NIGHT ON MOON HILL by Tanya Parker Mills. I really enjoyed this read. I went in with certain expectations and found myself lost in the story. By the end of the book, I couldn't even remember what my expectations were. I was taught about Asperger's syndrome in a way that I didn't realize I was being taught. I would highly recommend this book to anyone. Stay tuned for a giveaway coming soon. (Cover photo, back cover blurb, and author photo taken from author's website.)

Swimming is Daphne’s one refuge–
until the night she finds a dead body in her pool.
University professor and renowned author Daphne Lessing has never felt at ease in society. But a disturbance in her once calm and controlled existence suddenly unearths events from her past and thrusts an unusual child into her life.
Without wanting to, Daphne soon finds herself attached to Eric, a ten-year-old with Asperger’s syndrome who is obsessed with fishing and angels. Daphne is faced with a choice: Does she leave him and return to her solitary, ordered life, trusting others to do right by him, or does she allow this bright child to draw her into the world she’s tried to shun?
And what about the man that entered her life with Eric? Will she be able to shut him out as well? 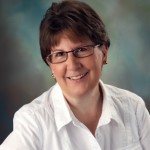 What made you decide to become a writer? I really didn't decide to become a writer until I'd finished a complete first draft of my first book, THE RECKONING, and seen that I could actually write a novel. While I'd always felt very comfortable with the written word all throughout school, and had tinkered with poetry and lyric writing in high school and college, my dream of one day writing a play or a novel (and I REALLY thought it would be a play before a novel) always seemed just that--a dream. A college Creative Writing class with Richard Cracroft had discouraged me (short stories are NOT my thing), so I figured I'd use my talent with words in journalism. But then I sat in on my father's writing group back in January, 2003 and tried my hand at one of their writing prompts. What I wrote that day gave me my opening to the story I'd been slow cooking in the back of my brain for the past decade or two--the one that became THE RECKONING.
Who inspires you? I could say Barbara Kingsolver, because I'd love to be able to write like her some day, but I could also say that about a number of other authors. I think, however, that my father inspires me the most because he is so very dedicated, despite his failing health. Like me, he started late. He didn't begin writing until he was around 50, and he couldn't do it in earnest until he'd retired. This year he'll turn 90, and he still gets up every morning and sits in front of his computer (after a quick breakfast and workout on the exercise bike) to write. He's self-published every one of his seven novels, and while they're not the quality they should be (I've finally convinced him to submit his finished manuscripts to a professional editor), he never gives up trying.
What would you like your readers to get out of your writing? I always want them to learn something new, gain a better understanding or appreciation of people or cultures they didn't have before, and see the truth of some aspect of the human condition. I suppose I want them to feel informed and edified.
Where did this idea come from? It came from an observation I made while on my daily walk in my old neighborhood back in Riverside, California--an observation I thought would make for a good short story (I was determined at that time to prove to myself that I could write a decent short story…still haven't done it.)
There were a lot of backyard pools on my street, and some of the gates to these pools were partly open. I got to thinking that it would be fairly easy for some guy without a pool to keep a watch of the different homes and figure out which were unoccupied during the day because both the husband and wife worked. My imagination kicked in then and I could see this guy taking free morning swims in one pool after another until something finally cures him of the habit: a dead body in one of the pools. That was just the beginning. Once I decided I didn't want to write this as a short story, I got to thinking more and more about what it might be like for a pool owner to discover a dead body in their pool one day. And what if the deceased were someone with whom they were acquainted, but there's a lot more to the story? Also, I wanted to have a character with Asperger's like my son, who was then 10…so I had to figure out how to weave him into the story. It really grew organically as I began writing.
Who was your favorite character to develop? Eric was the easiest to write and the most fun. In some ways, he's like my son, but in other ways he's very different. His obsessions--angels and fishing--are entirely fictitious. I also really enjoyed giving voice to Daphne's agent.
Any advice for aspiring authors? Don't wait like I did. Don't wait until he kids are in school, or grown, or out of the house. Don't wait until your life slows down. If you have the knack for writing, start as soon as you can because it's going to take you at least 10 years to get good enough to be published. And don't compare yourself to other writers. Each writer, whether they're creating literary fiction, non-fiction, or genre fiction, has his/her own unique voice or perspective. So it's useless to compare. Some will rise meteorically in the publishing world, others will take decades, but as long as you keep at it, your chances increase every year.
What can we expect next from you? Something entirely different and probably under a pen name. I've almost completed the first story in a middle grade fantasy series about a boy with a sense of smell so acute that he can literally sniff out old souls--both good and bad--along with a few other things. When his mother and grandmother are killed, he's whisked away to the Academy of the Ancients and sent on a mission only he can fulfill.
Whether this series works out or not, I'll still be writing under my own name and I'm thinking of a story that mirrors the great divide in our country right now. I hate division and I'd like to put some fiction out there that (hopefully) helps bridge the divide.
Where can we purchase your book?  LDS Bookstores, Desert Book, Amazon, Kindle, and Barnes & Noble.
Thanks for the interview, Tanya! 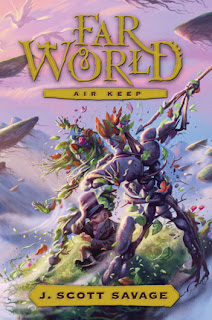 FAR WORLD: AIR KEEP by J Scott Savage. I've waited a long time for this one. Can't wait for it to be released! (Cover and blurb taken from Desertbook.com)

The adventure continues…
It’s been six months since Marcus and Kyja obtained the help of the land and water elementals, but before they can secure the help from the mysterious air elementals, the two friends must first be reunited. A task easier said than done.
Master Therapass is worried that trying to pull Marcus to Farworld would put him in danger of the shadow realm, but if Marcus stays on Earth, he'll be sent back to the Philo T. Justice School for Boys instead of being able to stay on the protected grounds of the monastery.
While attempting to return to Farworld, Marcus find himself in the Abyss of Time, facing four doors: the Is the Was, the Will Be, and the Never Was. What he learns in that dangerous place has the potential to change his life—and Kyra's. But does he have the courage to tell her what he learned?
And in Farworld, a drought, floods, and blizzards have seized the land, hinting that perhaps there is a traitor in the elementals' midst. The Dark Circle is growing in power, and as Marcus and Kyja desperately search for the air elementals, they must first answer the question "Is there anyone we can trust?"
Posted by Bonnie Gets A Say at 5:00 AM 1 comment: