The Key of Kilenya by Andrea Pearson is the first in a series. I enjoyed this book but it was rough getting through it. The story has so much potential. I liked Jacob although I felt like he took too much in stride. I wanted more answers and I figured Jacob would too. The world created was very similar to Earth and with all the new creatures—which were very inventive and I loved—I half expected there to be more differences. The language between the two worlds to me was the same as teenagers speaking here. I wanted there to be more of a difference, however, toward the end I really got into the story. There were some moments throughout that kept me reading and like I said, it has great potential. I am curious to see what happens next.
(The Ember Gods book 2 in the series has been released in ebook form.) I would recommend this book to anyone who loves an adventure in a different world with fascinating creatures. It receives a :):):) Here's a blurb about the book, video about book, and where to purchase it. Amazon

When two vicious wolves chase fourteen-year-old Jacob Clark down a path from our world into another, his life is forever changed. He has no idea they have been sent by the Lorkon—evil, immortal beings who are jealous of powers he doesn’t know he possesses—powers they desire to control.

The inhabitants of the new world desperately need Jacob's help in recovering a magical key that was stolen by the Lorkon and is somehow linked to him. If he helps them, his life will be at risk. But if he chooses not to help them, both our world and theirs will be in danger. The Lorkon will stop at nothing to unleash the power of the key—and Jacob's special abilities.
Check out what other people thought of The Key of Kilenya on it's blog tour . . . here! 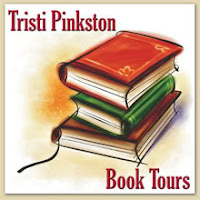